The latest and greatest...

Well, last week was a bit of a shocker in terms of training but, alas, on Saturday morning I dragged my guilty butt out of bed at 5.45 am to get ready for my big weekend run. FYI that's early for me (which obviously shows I don't have kids), so in itself, it's a good start!

I planned a route that was 24km long and RAN ALL THE WAY! My longest run since my marathon in October last year... And it felt GREAT!

It actually was a little but like this to be honest... 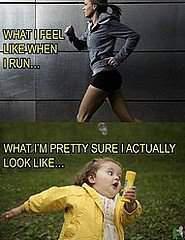 Apart from being a bit sore at the end I actually felt great right until I stopped running... And even then some. Got super tired later in the day but the run in itself was just another great reminder that yes, I can do this!

Plus, then I got to eat some of this when I had finished... YUM! 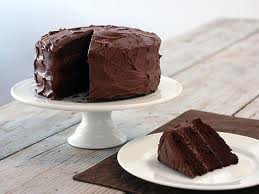 (By the way - this is not the reason why I run but it definitely has a lot to do with it!)

Going away this weekend so will probably only get in an hour or so run but then will bump up the ks again the following week... Watch this space.

Oh, and I forgot to add on my last post that there is one other very valuable tool I use for my running and it is this awesome website where I go to keep track of all my runs and log stuff regarding trainings etc. It is free and fabulous so go and explore!

That's all for now, until next run.
Posted by Curious Runner at 6:10 pm

Email ThisBlogThis!Share to TwitterShare to FacebookShare to Pinterest
Labels: training, trials and tribulations