I have moved!! It has taken me forever and a day, and this techno retard still has a lot of work to do, but I have finally moved here:

No more girl, it's just straight Curious Runner (still a girl at heart though!). The blog has a whole new look and I hope you like it. Please make sure that you head over there and check it out (and keep in mind it is not totally finished yet), and make sure you follow me over at that address and not this one any longer.

Yaaaaay! See you over at Curiousrunner.com :)
Posted by Curious Runner at 10:09 pm No comments:

Hi all my lovely readers...
I have some exciting developments coming up on the ol' bliggity blog, so just want to let you know I may be a little MIA on the posting front while the blog gets made bigger and better. I can't wait, there will be a new blog design, some fun posts and giveaways goin down yo..
Wishing you all a very merry Christmas and a wonderful start to 2014. I'll catch you early in the new year!
Much love and thanks to all my lovely readers for coming back for more! Xx
From CR and Santa's Cutest Little helper :) 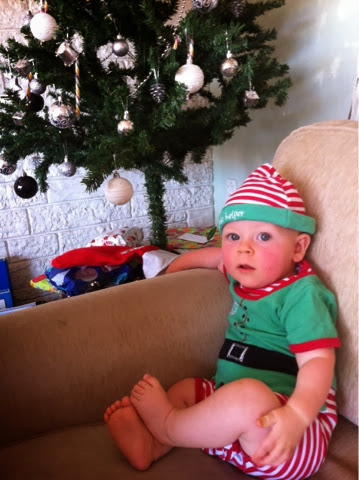 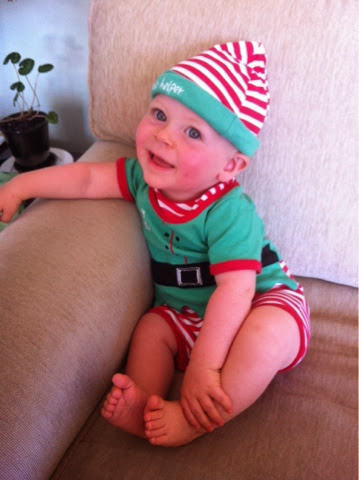 Over the last few weeks since my half marathon and marathon, I have really been taking it easy. I have been enjoying going for runs without any expectations on them. However, I have not been running anywhere near as much as I was when training and I definitely haven't been pushing myself in my running.

This morning I got myself geared up, strapped my wee buddy in the buggy and headed out for a buggy run.


It was 8.30am and cray-zizzle hot and I chose to do a 6km buggy run with mega hills. I felt every bit of it and ended up having to walk some of the hills, and even that almost caused me to pop a lung! I was so tired at the turnaround point that I had to make an excuse of stopping to take photos for my blog to give me a rest!

6 weeks ago I was running a marathon, now I'm popping a lung!

I was running a marathon, now I'm popping a lung! Whaaaaat!

If you have no idea what I am on about, watch this video... My fave part of the whole movie, I cried laughing!


Anyway. This got me thinking about losing running fitness. I was so surprised at how hard some of my longer runs have been feeling. I can't believe that it has happened so fast too. Who would have thought that not running would cause you to lose running fitness?? If only you could stay as fit by sitting on the couch watching youtube videos all day!

So this brings me to some tips on maintaining running fitness:

1. If you can't run to keep up your fitness due to a running injury, try a high intensity workout like a spin class, excellent for fitness maintenance and it is less impact on your body than running.
2. You don't have to run for miles and miles like in marathon training but make sure you keep some hills in there and maybe even a few sprints every now and then to help keep speed, leg strength and fitness up.
3. Do some weight work to help you keep leg and core strength.
4. Change it up a bit by adding in some fun social sports to your workouts. I have been playing summer soccer and that is so much fun, and a killer workout with all the short sprints I do up and down the field (which is pretty much all I do out there).
5. If you have lost all motivation after a long time training for a big event then get a running buddy. This will help you get out there and it is a lot more fun running with someone else.
6. Don't lose your routine. Make sure running, or whatever exercise you choose to do, stays as part of your daily routine.

And don't be hard on yourself. Remember you have just done a huge event, or recovered from an injury or come back after some time off (whatever it may be), so things aren't going to be the same as where you left them. You will have to work a bit to get it back but once you are into the swing of things you'll be running as good as ever in no time.

Just on another note (and because I know you think my baby is as awesome as I do), my baby has been practicing his ninja skills and seems to be getting them down to a fine art...
This is how I have found him sleeping twice in the last week. I have no idea how he gets himself upside down in his smaller-than-average cot but I sooo wish I could have seen the whole thing! 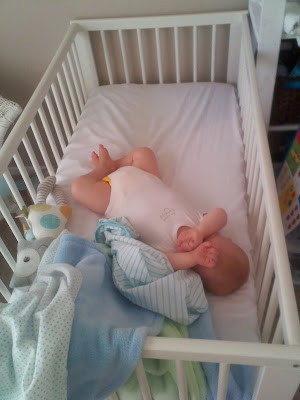 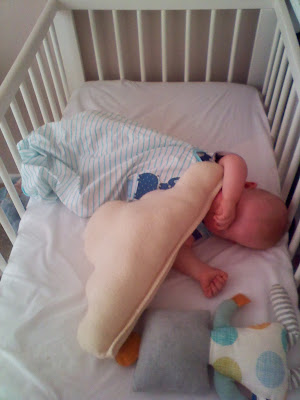 How long does it take you to lose your running fitness?

Any other tips on how to maintain it or get it back quickly?

Favourite time of year to run?

Here it is folks, I am finally getting into some nitty gritty topics on my blog.

So many people have asked me about how I have managed to be a runner and a new Mum, and in particular, training for a marathon (which I ran when my baby was 8 months old). When I think about it, yes, it is/was crazy. But it is totally doable if you really want to. I have also had many people asking me about breastfeeding and running and how I make it work. My boy is now 9.5 months old and still exclusively breastfed.
Breastfeeding has had its up and downs, for sure. And planning runs around naps and feeds and babysitters is not always easy, but as I mentioned above, can be done.

When I first got back into running after having my baby, I was really worried about it affecting my milk supply. I was worried because my husband and I had both made the decision that our son comes first and if the running affects my milk (as I had heard that it could), then I would have to stop, or just scale it back - both thoughts which freaked me out... A lot! To not run would just be so hard but I had to do what was best for my son.

I made the decision that I was going to be able to continue breastfeeding while training for a marathon. I wanted to be a person who was opposite to popular belief and have running increase my milk supply. So I researched diets and got some advice as to what things could help. I took a couple of supplements such as brewer's yeast and complan shakes, I expressed to keep up my supply, I got plenty of rest (it helped that my baby is an awesome sleeper) and decided that I would not try to cut my calories to loose weight. Plus, as a new Mum and a runner, you need all the energy you can get so cutting calories is just NOT an option there! I had a diet that was very high in protein, which is great for increasing milk supply (and actually just a really good diet that any runner/athlete should have), ate lots of legumes, eggs, beans, fruit and veges, nuts, yoghurt, and more.

My milk supply was awesome (and still is)! I would have a few days every now and then where I felt like it was getting low, but then it would always come right back up again. I actually think days like that are fairly normal for breastfeeding mothers, running or not. And do these thighs look like they have been deprived of anything???
I would plan my runs around Fletcher's feeds. During the week I would feed him, play with him and then put him to bed and run on the treadmill while he was sleeping (or take him running in the buggy and he'd sleep in there). For my long weekend runs I would get up before him (this always seemed crazy to me, getting up BEFORE my baby), eat and get all ready so that I could just feed him and then head out the door. I would feed him when I got back and the timing would be perfect. Since he was about 4 months old he decided that he just did not really like the bottle (after being fine taking it for his first 4 months), which was another hurdle, but we have worked around that one to suit us all.

Don't get me wrong, I have had moments where I just wish he was on a bottle, but being able to feed him for this long has been so great for all of us. I am hoping to start weaning him soon and I am soooo looking forward to that!

I think the most important thing about being active and a breastfeeding mother is that you take really good care of yourself, as well as your baby, and that you keep a positive mind about your milk supply and your ability to feed your baby. If you think your milk is running out, it most likely will, but if you think about having a truck load of milk, then you most likely will too!

I am not an expert on this topic at all, and everyone is different. Do seek professional advice if you are about to start running after having a baby, but don't be deterred by people telling you it 'can't be done', or 'it's not good for your milk'. It may not work for you, but be sure to make up your own mind about that one and go with what you feel is best for you and your family. You are doing a great job either way!

And one last pic of my baby that I am sure is going to be some sort of sports superstar by the way he is sucking on that medal...

Mums (moms) out there, did you exercise/run whilst breastfeeding? If so, any other advice you could add? How did you find it?
Posted by Curious Runner at 8:03 pm 1 comment: